The suspension bridge near the Prague Zoo.

I wanted to share some quick memories from four rides I took recently.

-- I rode to work one morning from my flat in Prague 6 to my office in Prague 10, a ride of around 40 kilometers, if I remember correctly. (I somehow lost my notes on the trip.) I took the bike path on the east side of the river to Libeň, then across to Karlin, up the pedestrian tunnel to Žižkov, and then winding my way on some back streets to my job near the Želivského metro station. I was pleased to make this trip mostly on bike paths, although the last few kilometers were on busy roads, which was no fun.

-- I took a 34-kilometer ride with my pal Stewart and his two boy, Jules and Ronan,  on the east side of the Vltava to one of our favorite haunts, Marina Vltava in Nelahozeves, just past Kralupy, for lunch. I ended up hopping on a train crowded with dozens of other cyclists and their bikes in Kralupy for the ride home.

-- A solo ride of 25 kilometers along that same path but not nearly as far. I rode a few kilometers past Klecany and then turned around. It was more of an exercise ride than anything.

-- And a second solo exercise ride of 21 kilometers along the same path.

As always in Prague, each of these rides was filled with interesting sights, a few surprises, and a couple of cold beers. 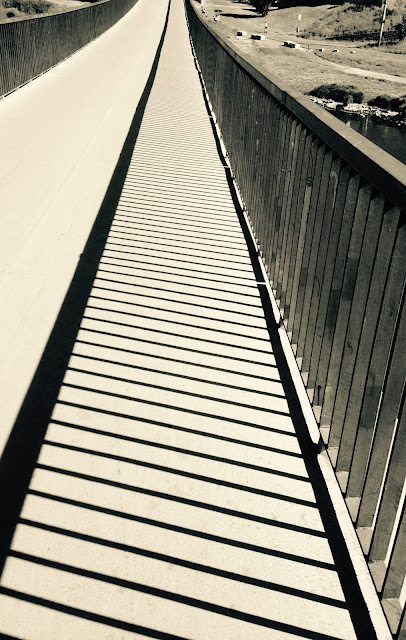 Another view of the suspension bridge near the Prague Zoo. 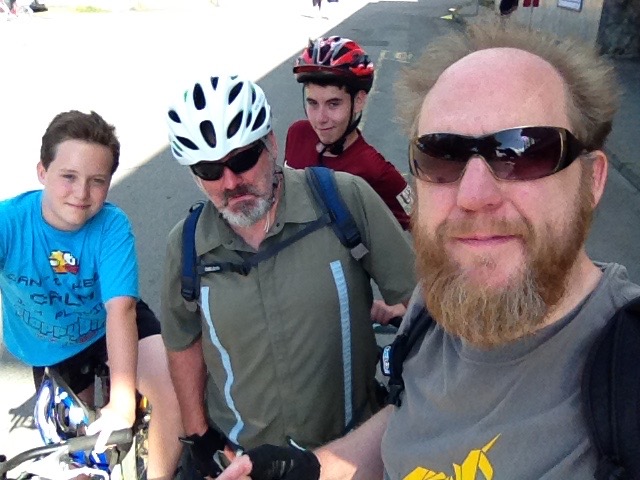 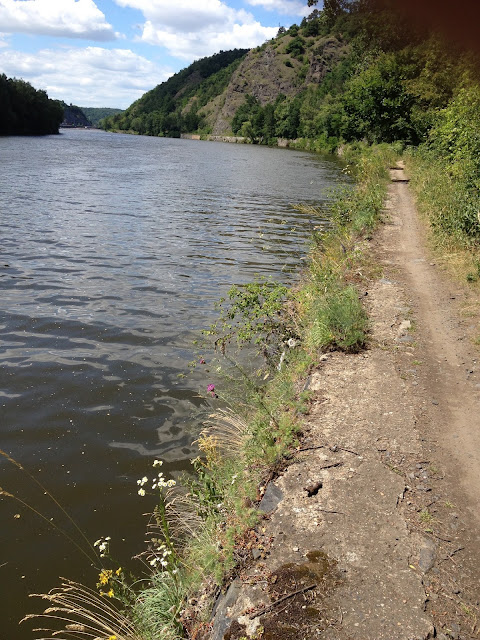 This is part of the path on the east side of the Vltava toward Kralupy. For most of the trip, it's quite a nice, paved path. But then it turns slightly nasty -- and exciting -- for a few kilometers when it skirts the top of a wall with the Vltava far below. You can't tell it from this photo, but it's probably a six or seven meter drop to the river below, and as you can see, there's no guard rail to keep you from falling. In fact, two cycling pals have fallen into the river around this spot. One suffered some broken ribs and had to be evacuated by emergency medical boat. It's a dangerous strip, but I like it, perhaps for the adrenaline rush. But you do have to be careful, especially if you're riding with kids. (READ MORE ABOUT ONE OF THOSE FAMOUS FALLS HERE.) 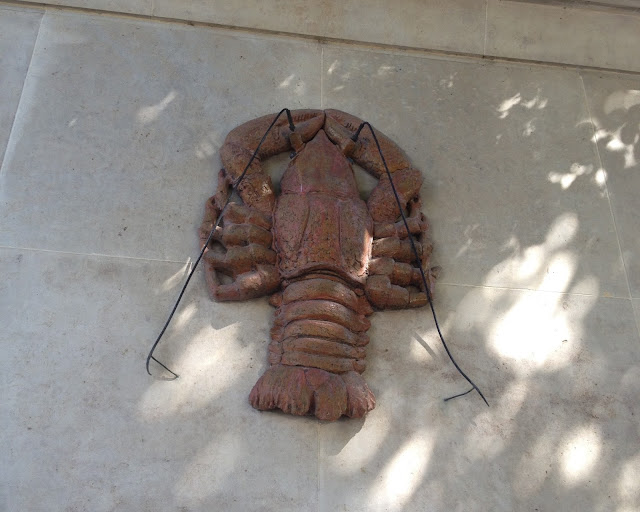 I've long admired these reliefs above apartment-building doors on a block of Malešická in Prague 10. Usually, I'm in a car. This time, I was on my bike, and decided to stop and take some photos. I don't know the story behind them. Perhaps someone out there does. 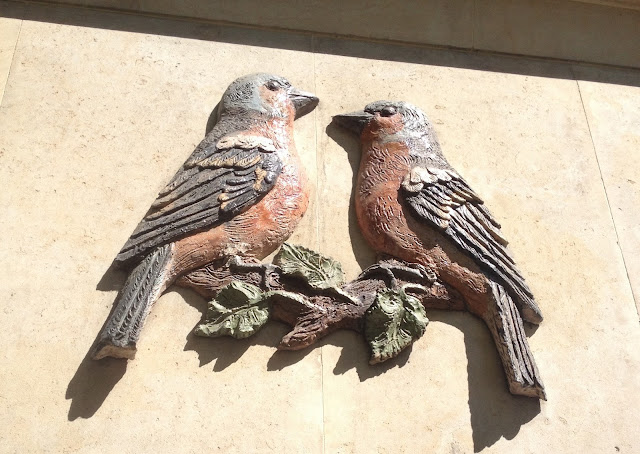 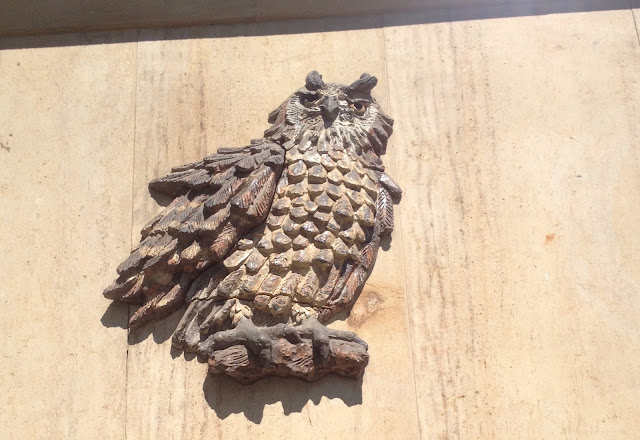 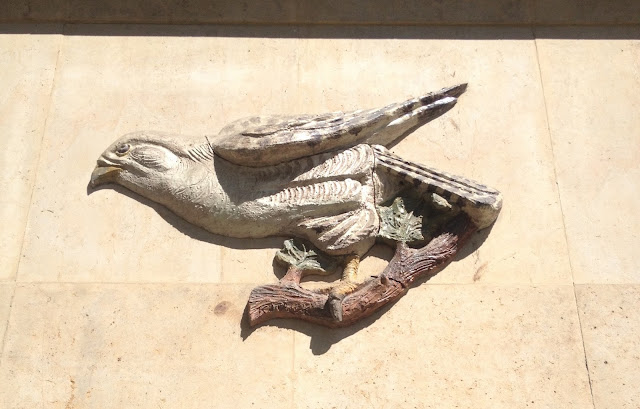 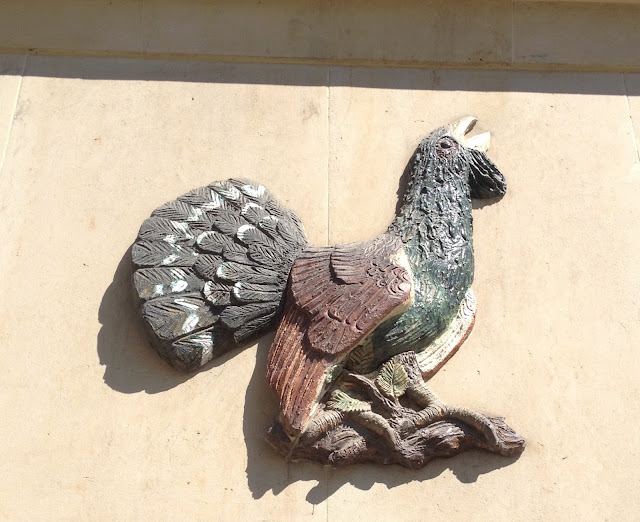 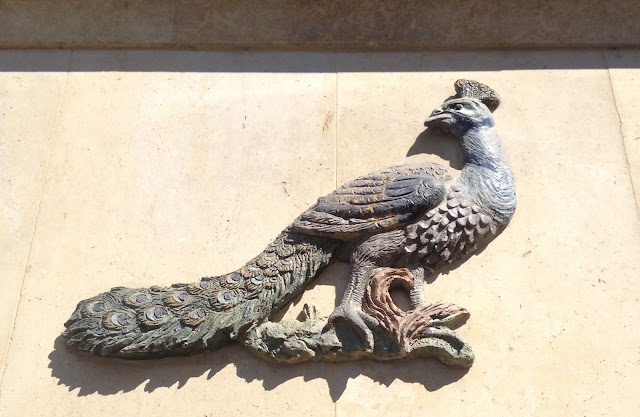 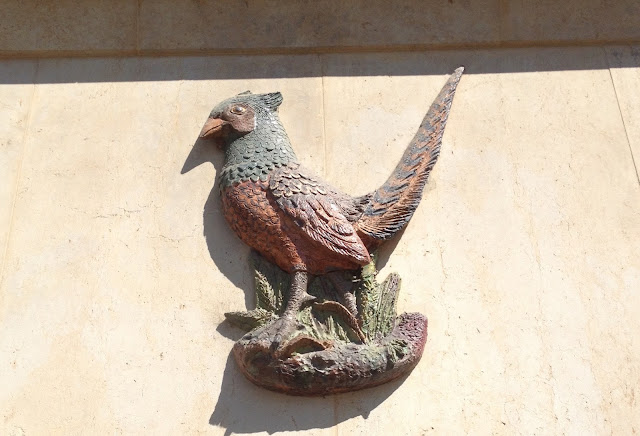 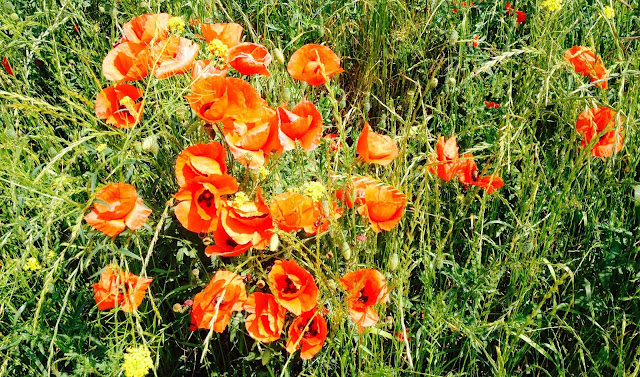 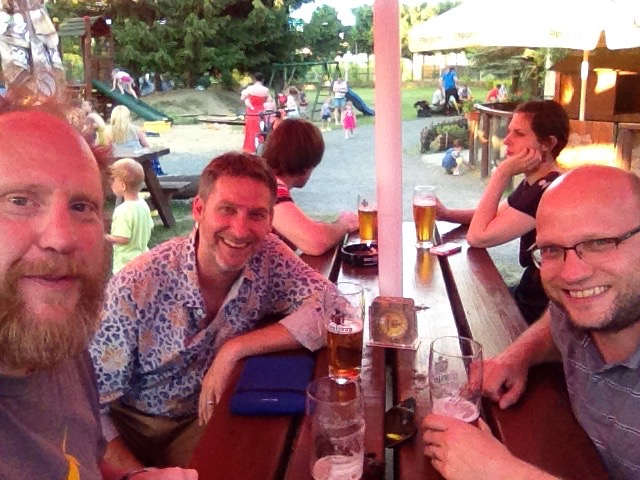 On my way home from work, I met up with Andy (left) and Mike, two friends and work colleagues, for a couple of beers at Camp and Hostel Žižkov Prague, a very cool campground, beer garden, concert venue, and playground all wrapped up in one. Great place. And they even had live music on a Wednesday night. Thanks to Mike for the find. 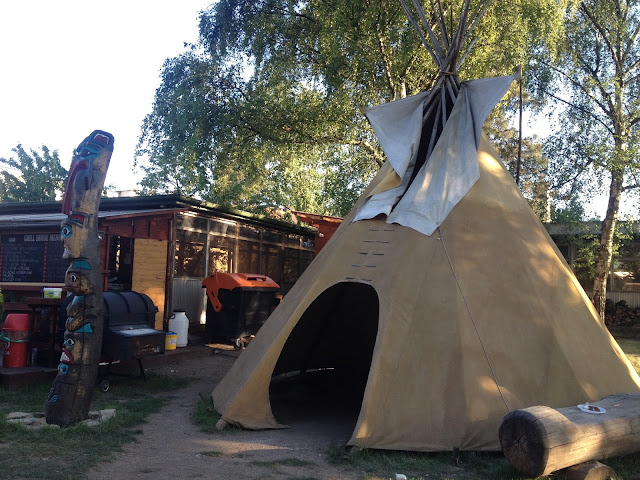 At Camp and Hostel Žižkov Prague. 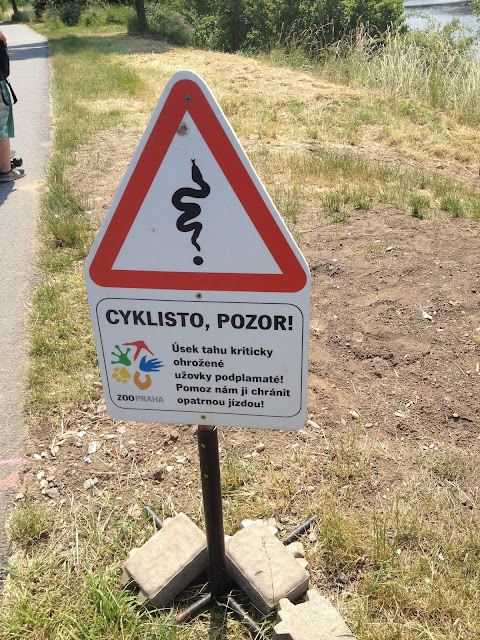 There's some sort of endangered snake that lives along the bike path near the Prague Zoo. 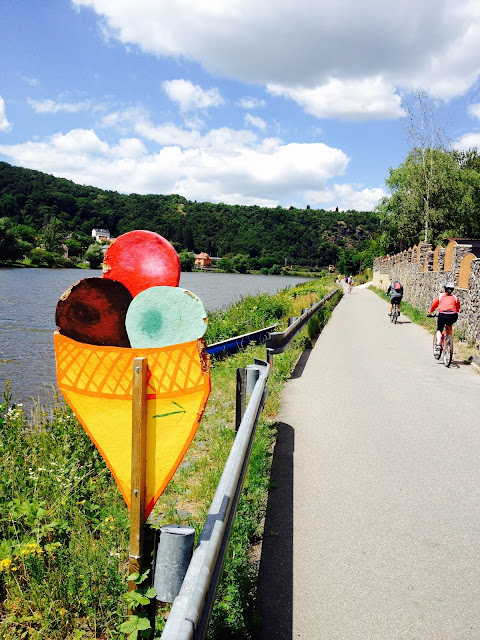 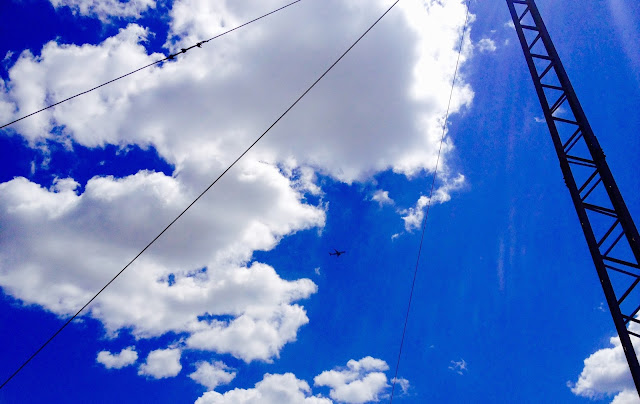 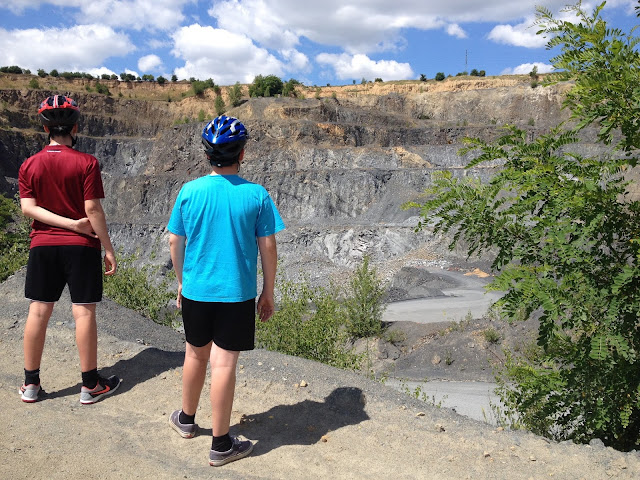 Ronan and Jules wanted to check out a big quarry along the path toward Kralupy. 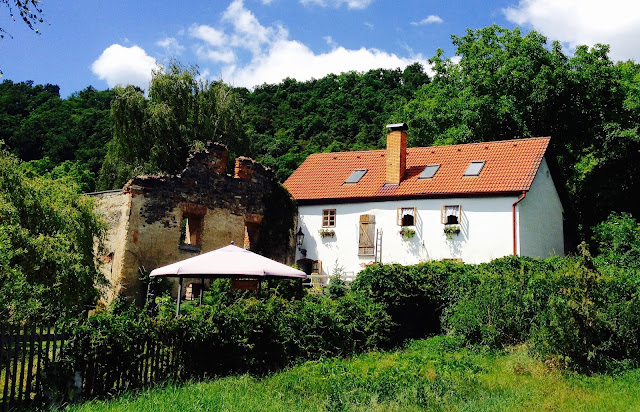 Beautiful country house and ruin along the path toward Kralupy. 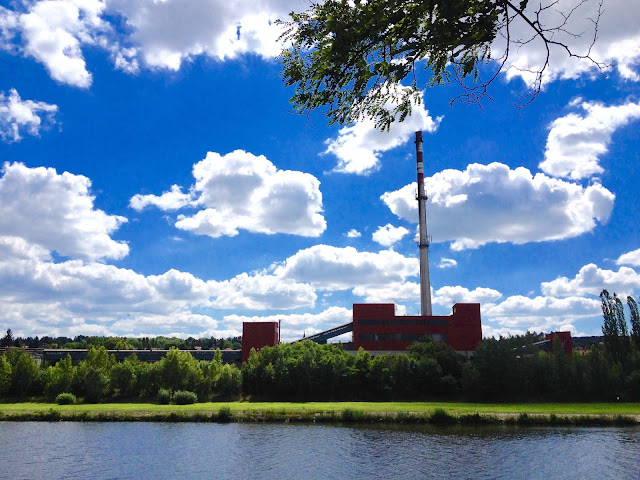 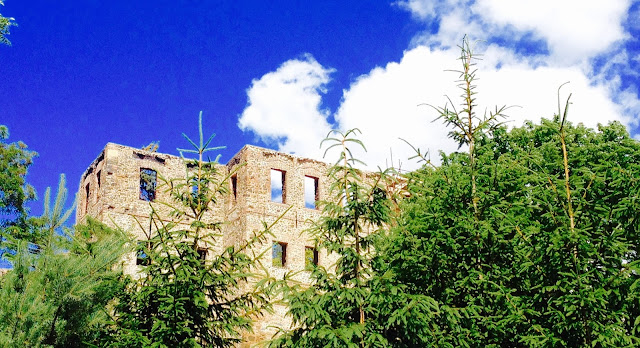 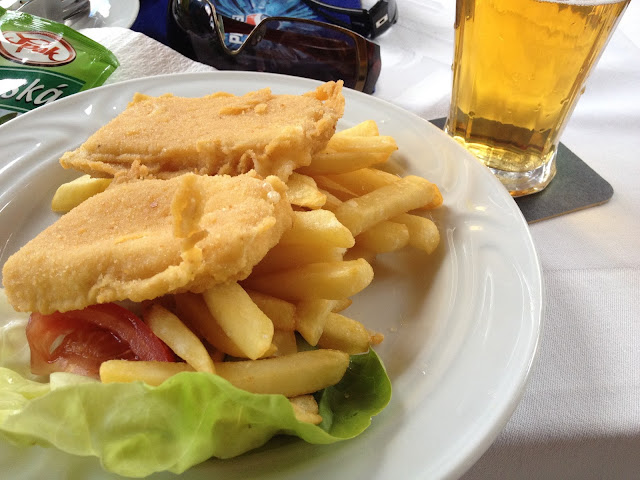 Anonymous said…
Hi, I work in the Middle East 90% of the year and back home in Czech for the remainder and I have to say that I look forward to each of your cycling Blog posts - reminds me of home and the beautiful countryside unlike the wasteland in which I work.

Unknown said…
I guess this blog is perfectly incomparable.

longboards for Beginners said…
Yeah i agree, one of the great blog for the adventure seekers.
October 25, 2016 at 11:58 AM

trendinseo said…
it is a largest platform for cash out ethereum to bank account any where in the world. then join us a our website, 100% positive feed back and trusted worldwide.
December 3, 2018 at 1:29 PM

Md. Imran Hossain said…
Much obliged to you for your post, very helpful to read. I am looking forward to read more about the famous lightning raceway NJMP LIGHTNING from you. Thank You!
January 26, 2019 at 4:19 PM

Henry Macaluso said…
This is a great inspiring article.I am pretty much pleased with your good work.You put really very helpful information. Keep it up. Keep blogging. Roebling Road Raceway. Thanks
February 9, 2019 at 9:13 AM

Sathya said…
Nice post. It is really interesting. Thanks for sharing the post!
Buy Air Conditioner Online | LED TV Sale
Laptops for Sale | Best Inverter AC
May 29, 2019 at 11:14 AM 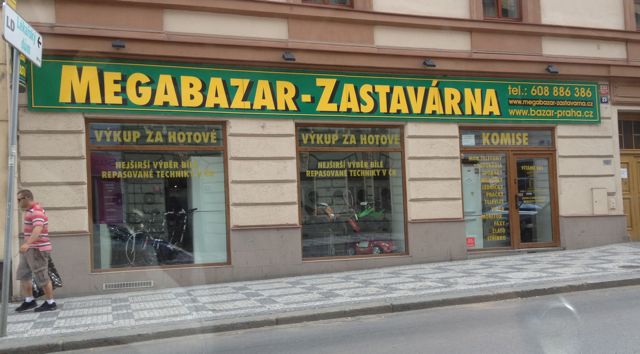 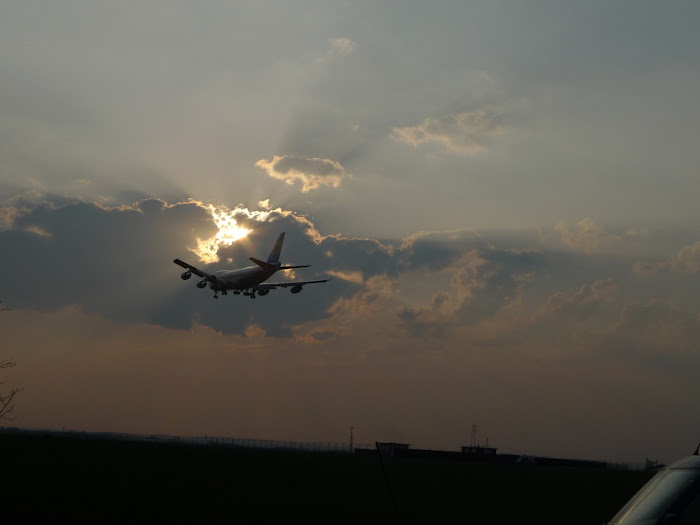