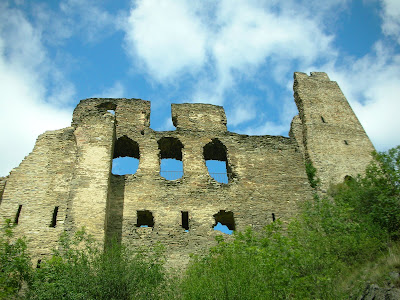 The ruins of the 14th-century Gothic Okoř castle are a favorite cycling destination of mine.

I've been preoccupied with moving chores, and I don't yet have Internet access at our new house, so I haven't been riding, nor posting, as much as usual.

I was going a little stir crazy yesterday, though, so I decided to suit up and hit the saddle. 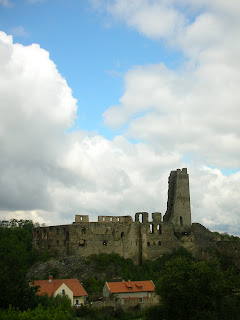 I live in the hamlet of Černý Vůl now, a little "suburb" of the village of Statenice. That means I'm a lot closer now to my usual cycling destinations, especially the fantastic castle at Okoř.

I will now be able to explore new routes, further afield (and I must, if I want to keep up the kilometers), but the goal of my ride yesterday was simply to get out of the house.

Naturally, I headed to Okoř.

It was a windy, raw and cold day (about 8 degrees Celsius, or around 48 F.). Pretty bleak conditions, at least when I first started out. And I could find no takers to accompany me. 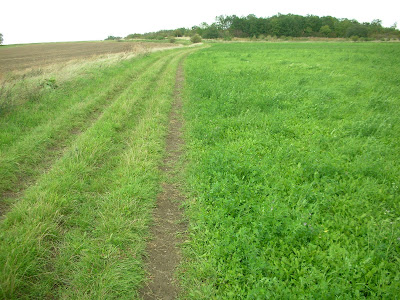 My route took me across a farmer's field that, to my surprise, linked up with the 0078 bike path.

I headed to Statenice, then to Tuchoměřice, past the fish-out-of-water restaurant called Auberge de Provence (still high on my list of places to check out), and toward the village of Cernovicky, where I decided to branch off of my usual "backdoor" route to Okoř and strike off down an unexplored road.

It said it was a dead-end, but, hey, I was on a mountain bike, so no worries. 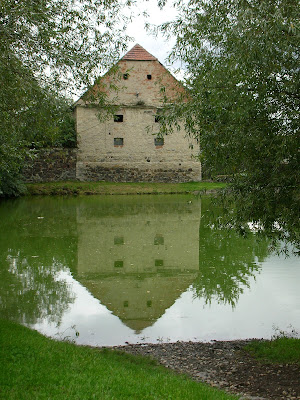 I passed this tranquil pond after deciding to set off down a dead-end road.

I passed some lovely houses and a picturesque pond, and ended up riding through farm and horse country on some tractor paths before, surprisingly, linking up with the 0078 bike route, which took me into Male Cicovice and then Okoř.

You can see a detailed GPS map of the route I took by clicking here. I'm calling it the Modified Okoř Route. (Click on the KML icon to import the route into Google Earth for a cool 3-D flyover.)

The concrete-gray clouds parted briefly, allowing me to take some nice pictures of the ruins of this 14th-century castle, before swiftly closing again.

I kept riding. It was no day to stop for a beer. A cup of tea and a bowl of soup, perhaps, but I wasn't far from home. 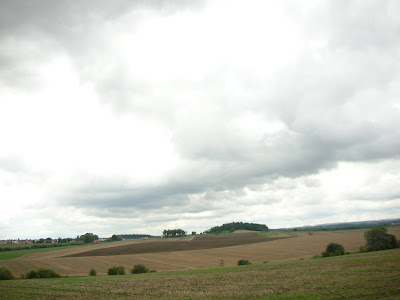 The low, concrete-colored clouds seemed to almost touch the fields.

I took the usual route back from Okoř, through Lichoceves, and then on to Statenice, before pedaling back into the welcoming arms of Černý Vůl.

(I had lunch at the hospoda in Černý Vůl, called U Cernyho Volu, last week. It's a hole-in-the- wall, but there is a pool table and even, believe it or not, a nonsmoking section. I had the lunch special of a bowl of dill and potato soup, a hearty plate of beef goulash and dumplings, and a half-liter of Gambrinus beer, all for the amazing price of 72 CZK, or about $3.50.)

There's something to be said for country living.

And for being dry and warm, and home. 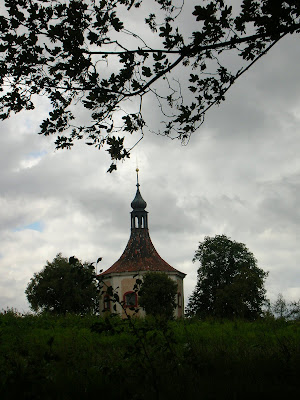 For a country famous for its indifference to religion, the Czech Republic certainly has its share of chapels sprinkled throughout the countryside. I passed two on my ride, one near Male Cicovice, above, and in Tuchoměřice, below. 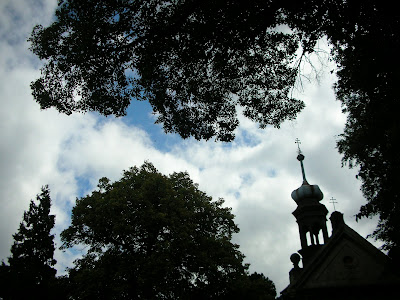 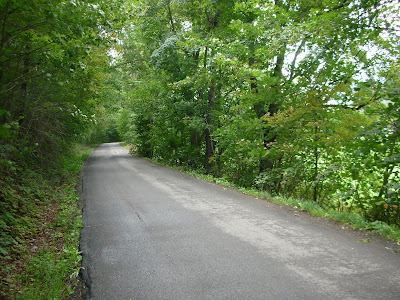 I basically had the (dark) roads to myself, such as this stretch between Statenice and Tuchoměřice. 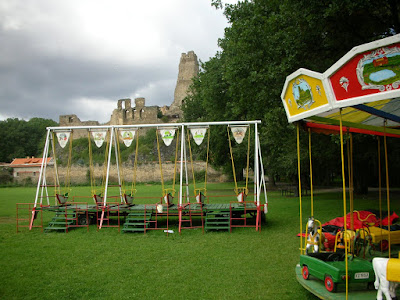 The only thing sadder than smokers standing outside the hospital doors are carnival rides with no kids. The old hand-painted horses and tigers and lions were cool, though. 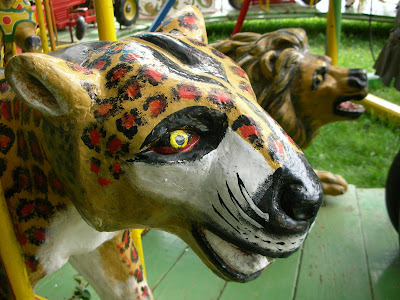 We haven't gone cycling together in quite some time but hopefully we can get a few more rides in before teh winter comes. That you have moved to the 'burbs it is going to be harder to meet up.

Grant Podelco said…
I'd like that. Sorry I haven't been in touch. it's been very hectic moving, plus we were on holiday in Croatia, etc.

It's great riding out there in the country. We could easily meet up in the city and I can
take you out in that direction and show you the best of what Černý Vůl has to offer!
September 6, 2007 at 12:37 PM

amidnightrider said…
I'm a bit spoiled about smoking. It is not allowed in any building open to the public. That includes restaurants, bars and hospitals.

I quit a few years ago and am now an obnoxious anti smoking advocate. I have asked friends if they had changed brands of cigarettes because I noticed that they are coughing much better lately. 8>) 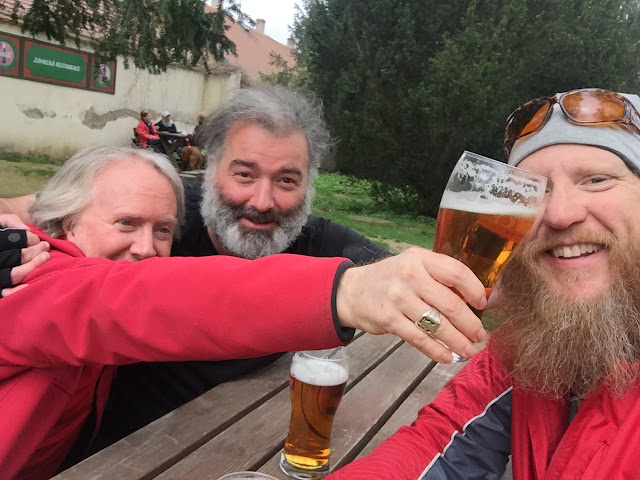